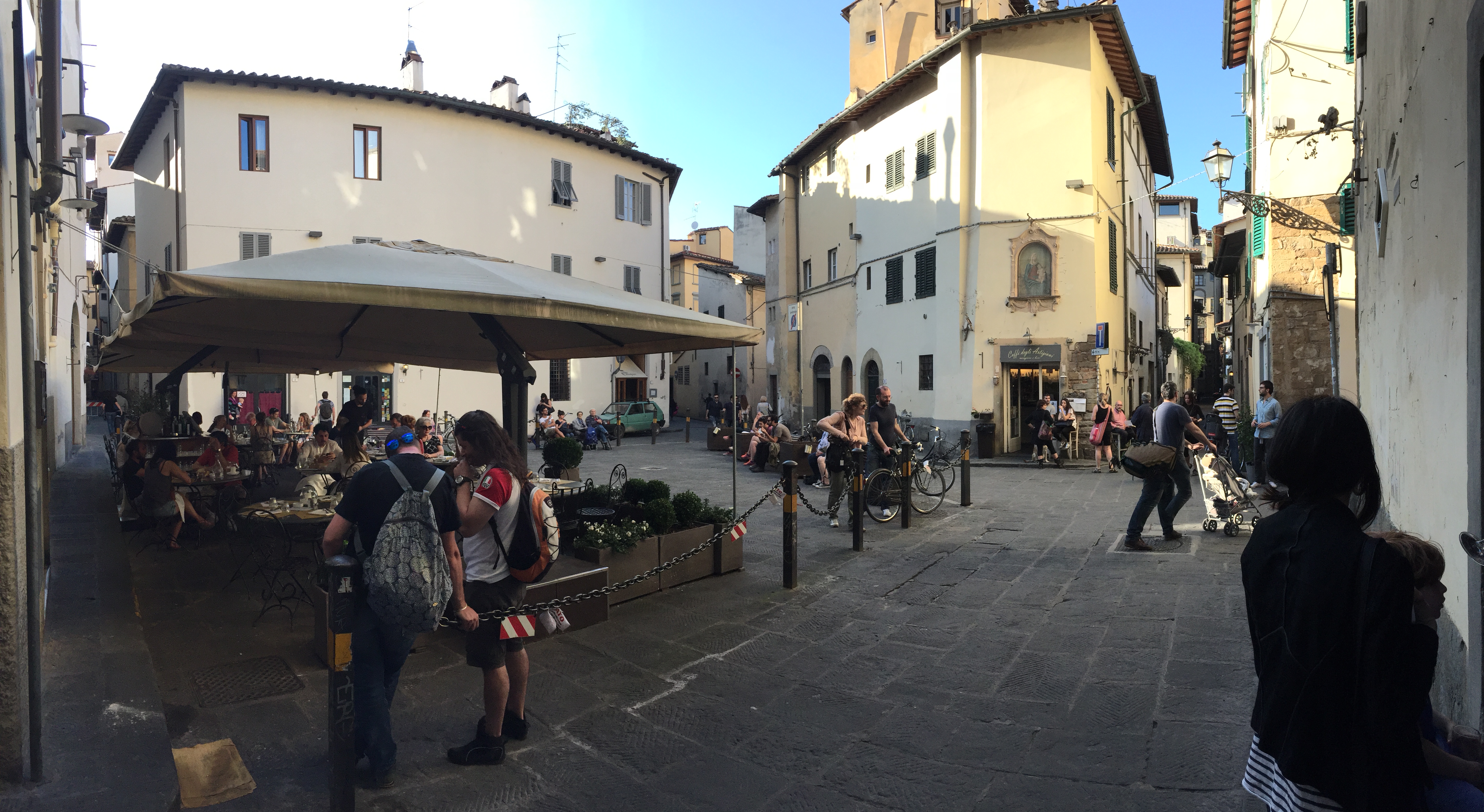 Posted at 12:00h in Art&Culture by Andrea Paglia

Slightly off the tourist trail, yet only a stone’s throw away from piazza Pitti, if you were to turn right onto via dello Sprone, after a few steps you would find yourself standing in the charming piazza della Passera. Although one of Florence’s smallest squares, it is, without a doubt, one of the most characteristic in the Oltrarno neighborhood and a hidden gem, filled with artisan shops, food delights and a rich history.

An historical figure from the world of art also originates from this piazza. Leonardo da Vinci’s world-renowned portrait, the Mona Lisa, is celebrated annually in piazza della Passera. His muse, Lisa Gherardini, was born on via Sguazza, parallel to the square and now on the anniversary of her birth, on June 15, Monnalisa Day celebrates the discovery of the Mona Lisa in Florence.

During the thirteenth century, Florentine law divided up the city into various named quarters, which were each assigned a heraldic flag. The area, which now hosts piazza della Passera, came under the zone Quattro Leoni (four lions), boasting a yellow flag with four red lions.
One of the piazza’s renowned trattorias, 4Leoni, has retained this historical name from the time of the first Grand Duke of Tuscany, Cosimo de’ Medici.

At the heart of the piazza’s revitalization is Stefano Di Puccio, owner of the 4Leoni restaurant.
He is a fount of information about the square’s history and has played an indispensable role in its progress thus far. With roots in San Frediano’s Calcio Storico team, he is no stranger to the area, and would frequently come to the piazza before it was officially recognized as such by the city in 2005.

Interestingly, of the four streets that make up the square, only two entrances can lay claim to the address, piazza della Passera. All other entrance doors to the flats, whose windows look onto the square, lie on one of the surrounding streets. Due, in part, to this fact, the piazza has remained a rather secluded spot.

Thanks to Stefano Di Puccio and his restaurant, which opened on May 24, 1995, this previously hidden gem, known only to locals, has been unmasked for all to enjoy. Events related to Festa della Rificolona now range from alfresco dinners for the homeless of Florence to free exhibitions, concerts and the occasional aperitivo. Other events today take place in the square under the name of September in piazza della Passera, a cozy and captivating kaleidoscope of music, video and poetry.

With a history rich in art and tragedy and a present and future filled with festivities, good food and wine, and ateliers to discover down its side streets, piazza della Passera may well become one of your favourite Florentine haunts.